Back from Massanutten, and just a few days to start planning for the move and new job before we’re off to Chicago to look at homes. We spent 3 days “neighborhood hunting”; because the Chicagoland area is so huge, we didn’t even know where to being looking for a home. City, close in, or far out suburbs? So we used our first trip out there to look at a few houses, but primarily at neighborhoods. Going around with a few different realtors, we settled on the downtown areas of Oak Park, Evanston, and Glen Ellyn. We’ll be off to Hawaii in a few days on vacation, and then moving to Chicago a few days after we get back. Once we get there, we’ll start our search for a house in one of those areas.

Before I left AOL I was sure that I’d blog every day until I started my new job. Ha ha! Instead, I’ve been busier since I left than I was all last year. As such, I’m now going to back log the last month of chaos in several parts. Here goes.

We spent New Years in Massanutten, VA, visiting with our friends Karin and Eric, and Karin’s family. For the uninitiated, Virginia, even in the higher elevations, really doesn’t get much snow. So it’s surprising that some businessman would bother to build a ski resort there. We didn’t ski (I’m not terribly good at it, and with a 1 year old who can’t stand, skiing was pretty much out of the question), though Karin’s father skied (or mudded) the slopes.

What we did do was hike and otherwise relax – making the weekend far more enjoyable for us than I think skiing could have. 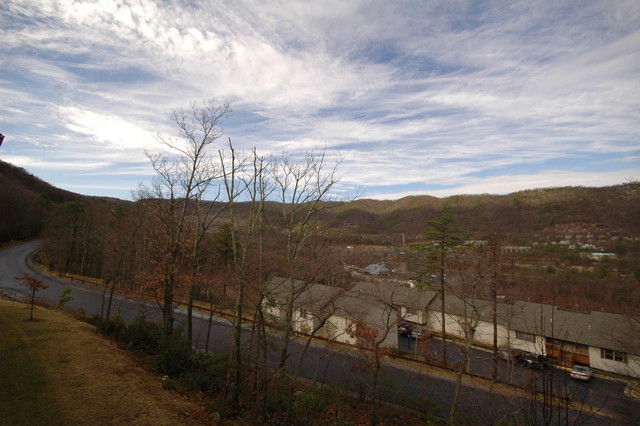 Since even before we left for our neighborhood hunting trip in Chicago, I kept thinking to myself, “I need to spend 5 minutes and blog.”Â  I promptly thought the same thing on Wednesday morning after our return.Â  And now it’s Friday night, and I really want to pull the photos off the camera, but I have yet more to do before I attempt such a daring feat.Â  A month off between jobs, and yet I’m busier now than I have been in months.Â  Go figure, and stay tuned.