We towed our 5000 lb travel trailer with about 600 lbs of tongue weight for the first time with our 2013 Toyota Land Cruiser earlier this month, and with almost 4″ of sagging at the hitch I decided I needed to do something to level the vehicle.  While I considered stiffer springs, I didn’t want a jarring ride for the majority of the time we drive unloaded in the city.  After reading a number of posts, I decided to install a set of helper air bags in the rear.  For a non-lifted (standard height) 200-series Land Cruiser, I purchased the Firestone 4164 air bag kit and a standard duty Air Lift 25804 air compressor from Amazon.   For posterity, I thought I’d document the process here and on the iH8Mud forums.

Installation was pretty straightforward, as I generally followed the instructions posted at http://www.australianimages.com.au/project200/airbags.php.   Installation of the air bags took about 2 hours, though admittedly I had access to a lift and a phenomenal mechanic to help me wrench.  We did find ourselves straining to get the shock absorbers reattached and ended up using a ~5′ steel bar for added leverage to compress the rear springs better.  About the only other modifications were that we didn’t bother to disconnect any breather hoses (there was plenty of slack), we didn’t tighten the KDSS valves back down until the vehicle was on the ground and had settled a bit, and I slathered the KDSS screws with marine grease before re-tightening them.

I kept any extra tubing and fittings in a quart size ziplock bag in the storage compartment, just in case.

Firestone recommends keeping a minimum of 5 psi in the air bags at all times in order to avoid pinching and damaging the air bag.  They also state the maximum pressure of the bag is 35 psi, though I had to confirm with Firestone that you should load the vehicle first, then inflate to 35psi.

One other note is that the bags gave me about 1/2″ of lift in the rear.  Since there was already about 1″ of rake front-to-rear, I may end up adding a set of 1″ front coil spacers up front in the future to better level the vehicle.  Then again, when fully loaded the vehicle is pretty level now, so I may not mess with it.

With 35psi in the bags, the Land Cruiser towed like a friggin’ champ.  The ride was very smooth, and with the anti-sway bar installed I had no trouble running 70+mph on the highway.  All in all I’m very pleased with the setup. 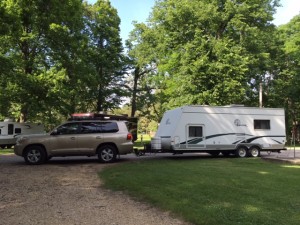 Yesterday my littlest one had a dance/recital/show at his preschool.  I took videos on my iPhone of the event, and then promptly spent the better part of last night trying to get my iPhone to act as a USB storage device so I could copy the two movies off.  My phone works fine in iTunes; I can sync music and movies to the phone just fine.  But when I tried to browse it in Windows the iPhone kept showing up as an “iPhone” but refused to load any drivers.

After quite a bit of searching and attempting a number of different technique (including, but not limited to, reinstalling the usbaapl64 driver, removing and reinstalling iTunes, and poking around at the registry), I came across this website: http://community.spiceworks.com/topic/236489-cannot-find-iphone-driver-windows-64-bit.

As it turns out, the MSDN licensed Windows 8.1 I have installed is actually “Windows 8.1 Enterprise N”.  The “N” evidently stands for “Not gonna work properly”.  Unlike the poster in the article (who was using Windows 7), Windows Media Player is already installed.  However the “Media Feature pack”, available at http://go.microsoft.com/fwlink/?LinkId=260410, was not.  I don’t really know what the media feature pack is, why it’s not included in the default Windows install, why iTunes relies on it, or why iTunes doesn’t prompt you to download it, but I removed the existing driver, installed the media feature pack, and then Windows correctly configured my iPhone driver when I plugged the USB cable in.

Thank you Bryan Amundson at Spiceworks, I’m fairly certain I never would have figured this one out on my own.

I ran into an issue with the navigation system on our MDX.  Long story short, the DVD got scratched, and while Navteq was kind enough to replace it, I knew we would be without any maps for a couple weeks.  Fortunately I still had our old map update disc.  Unfortunately, while the navigation system will automatically load the new firmware from a new disc, the system won’t let you re-insert an older disc.

Unless you know how.

I didn’t take screenshots, but this procedure worked and was quite easy to do on our 2008 Acura MDX.  Having read a number of Honda and Acura forums, I suspect it will work on other years and models as well.  I’m posting this because I’ve read a number of people who say you need to take the vehicle to your dealer so that they can reload the firmware, and I’m here to say that, at least in my case, you can do this yourself.

1) Turn the vehicle on.  Remove the new disc and insert the older version

2) Once you receive an “incompatible” error, press Map/Guide + Menu + Cancel for 3-4 seconds to bring up the diagnostic menu

5) The system will take 3-5 minutes to load the old firmware.  Once complete, your older map disc should load normally.

If you insert a newer disc later, the system will update the firmware with the newer disc again and then you can use the newer maps.

There’s been a, um, heated discussion at my work about our current server naming standards. Personally I hate our naming scheme. However, a lot of people have become accustomed to it, and a lot of applications use the standards in their configurations, often to automate management. So when the idea of changing it came up again this week, the O.C.D. part of me was anxious to “fix” our naming. Then I realized just what that meant. 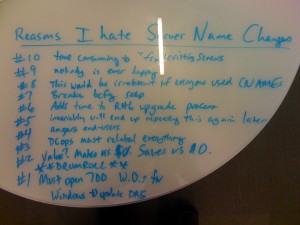 For those that can’t read my handwriting (with explanations):

#10. Time consuming to “fix” existing servers (must update files, DNS, monitoring, reboot, etc)
#9. Nobody is every happy (or rather, for every person you please you probably tick someone else off)
#8. This would be irrelevant if everyone used CNAMEs (’nuff said)
#7. Breaks bcfg setup (our config management system bases some configs on the hostname)
#6. Adds time to RH6 upgrade process (rather than an OS upgrade being transparent, now the owners need to update all their configs)
#5. Invariably will end up repeating this again later (this is the 3rd or 4th naming “standard”)
#4. Angers end-users (they need to update their configs, and notify everyone that depends on their apps – would be irrelevant if #8 didn’t apply)
#3. DCops must relabel everything (datacenter guys must label every server)
#2. Value? Makes us $0. Saves us $0.
*DRUMROLL*
#1. Must open 700 WOs for Windows to update DNS (my team does not have DNS rights, so we must open a request and coordinate each change).

If this doesn’t sound like a “make work” project, I don’t know what does.

A little perl utility to help you find failing memory in HP servers.. This utility parses hpdiags output to report the value of the ECC memory error counters in the spd registers since the last boot. This utility will report errors even when memory prefailure notification (which would otherwise log these errors to the IML) is disabled in the BIOS. Note that a small number of corrected errors does not necessarily indicate a problem.

At a minimum it requires perl and the XML::Simple module. It will run hpdiags and parse the output, though you can pass it an existing hpdiags XML filename instead with the ‘-f’ option. The output or any errors looks like this: 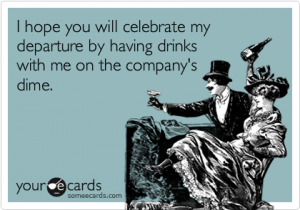